It’s been five days since mom passed away. I’m a little confused about how I’m feeling. I feel mostly OK, but it seems that I shouldn’t. I’m almost angry that I’m not sadder. Is it too soon?

I’ve never mourned anyone before. My father died when I was 9, but I don’t remember grieving at the time. It seems that life went on normally. Mom was very strong for us and I don’t remember her spending a lot of time grieving either, though I’m sure she did somehow. I was pretty young. Sure, I spent my entire adult life missing him, but I can’t remember anything at the time that it happened other than him actually dying and the funeral itself. Could I have forgotten or blocked it out? The mind is a mysterious thing. I might just not have been properly sentient yet.

This is the first time in my conscious life that I’ve directly lost someone close to me. Other people around me have died, but I never really felt anything since they weren’t close. Mom was my mother and my best friend, so I don’t think it gets much closer than that except for, perhaps, a spouse. I wouldn’t know anything about that.

Overall, I’m pretty Stoic except when someone else talks to me about her, then I feel the heat behind my eyes, and they start leaking. I don’t understand why I’m not much sadder than I am.

Today I was invited, along with my sister, to Thanksgiving dinner with my aunt, uncle and cousins. Nobody mentioned her, which I was partially glad about but partially wishing they had. I suspect that others don’t want to stir up emotions in those who are immediately affected by the loss. I can appreciate that. I would be much the same. It’s difficult for everyone. I had a pretty good time, and it was nice to be around other people who care for me rather than sitting home alone watching movies all day. Mom would have wanted me to be happy and for everyone to have a good time while remembering her in their own ways. My family has never been much for discussing feelings.

I’ve been seeking out podcasts about mourning and grief to help me make sense of what is going on. I found a few, and they were mildly helpful in that I heard stories from people who experienced similar losses. It made me feel a little like I’m not the only person on earth going through this. Yeah, I know. Death comes for everyone, but I have to tell you that when it happens to someone you love, it seems like it is the first time it has ever happened in all of history.

I found, on the internet, that there are 5 stages of grief: denial, anger, bargaining, depression, acceptance.

I have not experienced any denial, anger or bargaining. Perhaps it is because of her age and condition, It’s not like it was a surprise. I’ve been preparing for this for many years. I remember, even, lying in bed in my room as a child, worrying that she was going to die at any minute and I would be alone. After the death of your father, I suspect that any child would suffer from this fear. I was lucky to have another 43 years with her in my life.

I’ve suffered general depression due to my chronic loneliness for at least 40 years. I’m no newbie to depression. However, I don’t really feel any depression about her passing. Maybe it is since I know she lived a long and wonderful life. I know that she was at peace with her upcoming death and is now at the ultimate peace. Perhaps if there really is an afterlife, I know that she would be with my dad and grandparents. That’s a comforting thought, whether you believe it or not. I’m not giving up that I will not be depressed sometime soon. Maybe I’m still in some kind of shock? Can you be in shock if you are expecting something? Maybe a little numbness would be a better description. The weather has been cloudy, cold and rainy for the last seven days. That doesn’t help the situation. A little sunshine would go a long way in brightening up my mood. I would like to do something else other than sit on the couch all day.

Could I really be at the final stage of acceptance? I do accept it. It was expected and I’m OK with it. It seems too soon for the final stage. I’m thinking these 5 stages are for regular people. Or maybe they are bullshit made up by people who think they know something. There have to be more stages. There are, no doubt, long-term feelings and experiences that I have yet to endure. This is a confusing time, indeed. I expect that I will feel sad enough to cry whenever I discuss her with someone or when I see something that reminds me of her. Especially as I have to deal with her house and possessions in the upcoming months. That will be difficult.

I would really like to be able to talk with my sister or other family openly, but I don’t think I can do it right now. It’s hard to talk when you are crying. I’m so glad I have this blog to fill in for personal conversation until I am able to do so in an intelligible manner. I can’t tell you how nice it is that you are there for me. You ARE there, right? I can’t tell. I’m going to assume that you are.

I have a lot to learn about mourning and honoring her memories. I guess it’s a lifelong thing that you experience forever.

The funeral is in two days. It will be the last time I ever see her. I’m kind of looking forward to it as well as dreading it. It might mark the end of her death and the beginning of the healing process. I have no idea how I’m going to react during and after. Being the primary organizer of the service, I know what to expect. I only hope that a large number of people show up because she deserves it. She touched so many lives and deserves a little respect for it. It won’t be like my funeral, which nobody will attend. It has helped in the past when pets have died to remember that their bodies are just shells. Their consciousness is no longer inside. It has either dissipated or gone somewhere else, depending on your beliefs.

This site uses Akismet to reduce spam. Learn how your comment data is processed. 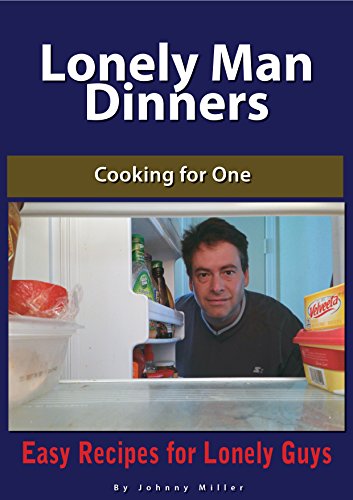